Video game movies have disappointed fans time and time again. The infamous Super Mario Bros. (1993) is among one of the biggest offenders setting Mario and the gang in a modern metropolis instead of the whimsical Mushroom Kingdom. The movie is about as 90s as something can get.

Even though Super Mario Bros. is probably the worst of them, most other films adapted from video games are honestly not that much better. Oftentimes they not only disappoint fans of the video games, but also the general moviegoer due to their poor quality whether in script or production. However, with the recent success of comic book movies in the last 5 years and a growing slate of video game movies releasing in the near future, there may be hope for some of these films. So this week the TSG staff was asked:

Video game movies face a unique challenge in the adaptation process in that they lose the “user control” aspect, so I think a lot of the reason that video game adaptations into films have failed thus far is that they cannot replace that. Additionally, I think in general the plot and characters in older video games just weren’t developed enough to be a sufficient source for a feature-length film. A Doom movie, for example, was never going to work because when you turn it into a movie, you don’t get to shoot the monsters anymore.

With that being said, I think that Assassin’s Creed in particular has the potential to set a new benchmark for video game adaptations, especially considering the benchmark right now is basically Prince of Persia,  If we start seeing  adaptations of more story-driven games, like the Uncharted and Last of Us adaptations that are slogging through development hell right now, there’s a chance that we might see video game movies reach the level that comic book movies are at right now, but my only hold-up is that I question whether we need film versions of those games. They already tell stories so beautifully as they are, and adapting them to film doesn’t really add anything to them like it does when you make a comic book film. I would still love to see someone try to make a movie out of a more modern, story-based game at some point though.

The most interesting aspect of the upcoming Assassin’s Creed movie is the fact that, while it is in the same universe as the game franchise, it is an entirely new story. Rather than rehashing something we’ve already experienced by playing before, the production team is treating us to their own unique take on the series while still remaining faithful to the game’s lore. I think this is where video game movies can thrive. Audience members don’t necessarily want to see the same thing they’ve already seen before in a game; if we want to experience what’s in a game, we play the game. We go to movies to see a story told in a manner that can be expressed elsewhere. The first Resident Evil film did this correctly, too, telling a new story while preserving what made the games popular to begin with: a focus on tense horror and mystery (the later films have since drifted to the action-oriented style of the newer games, and have thus lost themselves in the haze of action films). I think the hope for great game movies lies in the production team’s desire to tell a new story in an established universe.

The major issue with video game movies is that the source material either gives filmmakers too much information or not nearly enough. There’s not real a story in the Mario universe, just beloved characters. So when the Mario franchise was turned into a movie, the filmmakers had to interpret and create so much of the world on their own that it eventually collapsed on itself. Conversely, how do you take a 12, or 40, or 100-hour gaming experience and condense it into a 2-hour movie while including all the important beats and without over-simplifying the plot.

Films have had mixed success when adapting books into screenplays but have historically almost always failed in translating a video game into a movie. However, The Angry Birds Movie seems to address my first concern of taking a game with little real story content and fleshing it out into a full movie and the Warcraft trailer makes me hopeful that they’ve found a way to make a molehill out of a mountain. On that note, I’m excited for Assassin’s Creed as well for the same reasons as Lee. 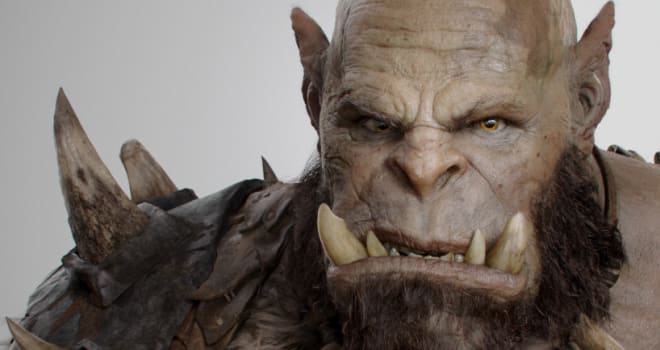 With the recent success of comic book adaptations in film and television, as well as the critical success of fantasy shows like Game of Thrones, and previous tidal waves made by Lord of the Rings, I feel that the industry is finally ready to take video game movies seriously.  Hollywood has proved that it can make compelling stories out of comic books and high fantasy.  Now, it seeks to do so with Assassin’s Creed and Warcraft, both beloved by their devout fanbases.  What I feel is good about each of these movies, is that while they utilize the world’s established in their respective video games, they are telling a story outside of the canon.  This is to say that hopefully, movie-goers will be able to watch each of these films without having played the game, and understand it.  We go to movies to be entertained, moved, to hear a story and feel the gravity of life’s hardballs through someone else’s lense.  As long as these movies have characters who we can empathize with, that discuss situations we can all relate to, I think they’ll be successful.

That said, FFS WORLD GIVE ME A MASS EFFECT MOVIE ALREADY.

Top Shelf Gaming is a platform where gamers can share their unique stories and perspectives in a welcoming environment. If you would like to submit an article to us or join our staff, please send an email to submit@topshelfgaming.net.